My Custom made best selling invisible Deck. This is considered the best card trick of all time. Imagine the pure performance power of this effect. You ask a spectator to think of any card in the deck. It really is a FREE CHOICE! You then remove an ordinary looking deck and show it to the spectator. After asking the spectator which card they thought of, you very fairly spread thru the deck to show that there is one card and one card only face down in the deck. The spectator pulls the card out to find that it is the exact same card they thought of only moments before! 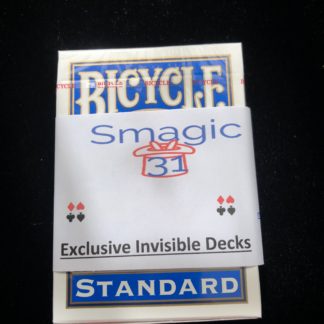